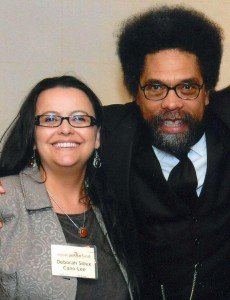 Deborah Sioux Cano-Lee has worked for the Nisqually Tribe for 10 years, and is currently the Program Director for their Head Start program.

As a strong advocate of children and youth rights, Deborah has recently been appointed to serve a 2 year term as one of two National Representative to the World Forum Foundation for the United States.

Deborah currently resides in Olympia with her husband of 30 years, and their two-college student kids